And I always felt this resistance because I have a great respect for science and a great respect for math. I have friends who are astronomers who can help me out with stuff, but when it comes to, like, calculating orbital mechanics and stuff, I am hopeless. But at the other end, you know, you have stuff like Firefly , right, you have stuff like Farscape. So, somewhere in there is a range where I can exist happily, right?

The stuff the Axiom has, like, they can violate laws of physics, right? Like they can do all sorts of things. Once I was got that, I was like, oh…. I can have artificial gravity at that point, okay, right? A space opera has a lot of flexibility, right?

So I sat down with a notebook and I wrote down everything that I like in space opera. So that was one of the things. I like weird, menacing alien technology. I like wormholes. I like really huge-scale space stations floating around, right, where there are entire sort of hothouse cultures that develop on space stations. So I made a list of all the things I love. Then, I made a somewhat shorter list of things I hate. Like, alien cultures that are monocultures, right?

Person of Interest Soundtrack - 5x01 "Waking a God" from B.S.O.D

I used to see this lot more in old science fiction. People have gotten better about it.


Like, I always thought that was kind of boring because just in my neighborhood in South Berkeley, there are probably overlapping cultures and subcultures, right? They all have their own made-up story about where they come from and what they are and their purpose in the universe. And eventually it does, as I said, get revealed in book one, why they are the way they are.

So I was walking around Lake Merritt, the beautiful jewel of Oakland, out with my friend Sarah, walking around, enjoying the weather and just talking about stuff, and I got an email from Mark Gascoigne, who was then at Angry Robot , the science fiction publisher that he founded. And I had known Mark a little bit from back in the day. We had a friendly relationship. So that was that was a happy thing. It is possible to write a book that just…sequels make no sense to, of course.

But I had, you know, I had a good feeling about Mark. So, I was absolutely thrilled. They got Paul Scott Canavan , did these wonderful covers. Yeah, right? Like, I got a book with a spaceship on the cover. You know, I write about weird magicians who live in cities and stuff.

I could have done that better. You go, you just take it in a different direction. It is a field that we often say is in conversation with itself. But I would have taken it over here. And I love that. And we can interrogate and we can critique things, right, that other people have done or that have just been common in the field. So, I think about that stuff a lot. And then I just attempt to sort of build them up psychologically into my mind and model what they would be likely to do. 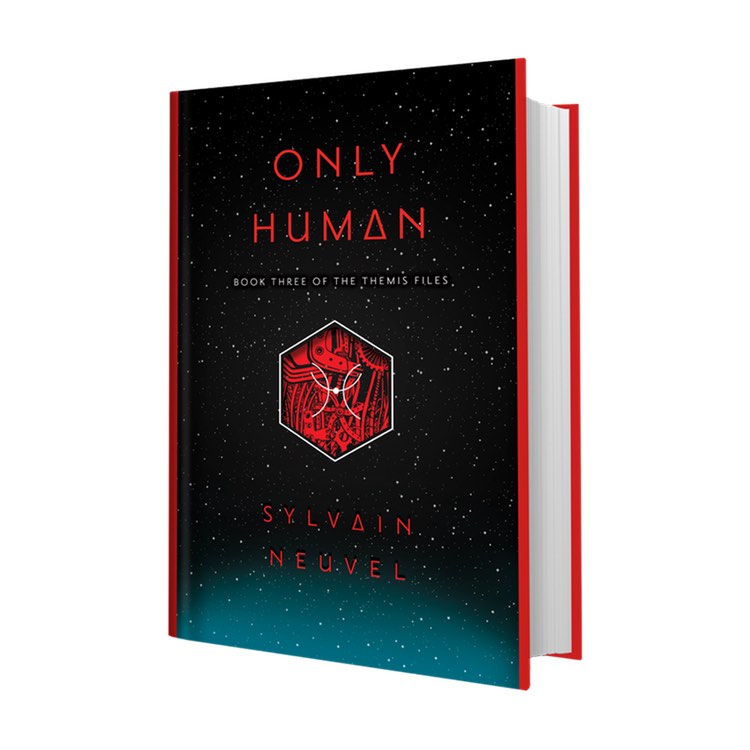 I wanted to have a weird cyborg. Ashok is a classic engineer, right? You know, I have friends who are always…you know, I live in the Bay Area. He just, he wants to improve what nature gave him. So I put him in there. And so I sort of put together…I wanted to have a crew that had lots of strong personalities that would sort of act in conflict with each other. They love each other. Even when they disagree, they support one another. So that was important to me in that book.

When you were outlining and synopsizing, what do those look like for you?


You said you did like sixty pages. That was text. That was sample chapters. I wrote sixty pages of actual book, and then then about a page of what I thought the rest of the book was going to be, which was sort of semi-accurate. And so, for those I just was able to write a couple paragraphs, kind of about what I thought they were about. So those were cool. But I will tell you my trick for writing outlines and synopses if you want.

So, I had, I struggled like hell with it for the longest time. I would sit down and I would write, you know, what was going to happen in the book, and it would be the driest, most boring recitation. And it drove me nuts. I started telling them how excited I was about this book, that I was going to work on. And I was telling them all the coolest things about it, and like all the things I was most excited about and how amazing it was, and something clicked in my head. You know, I still hit the highlights, I talk about what happens in the book, I talk about the plot and the characters, but I do it with the energy and the enthusiasm.

And since I have done that, every proposal I have tried to write like that has sold. And actually, I had a fellow in yesterday who was asking that specific question, about how to create a successful synopsis. But something…whatever helps you convey that enthusiasm in an uninhibited way.

But for novels and for stories, I pretty much compose straight into the keyboard. Back in the old days, I would sometimes draft longhand and then my first round of revision would be when I typed it in. In practice, I eventually hit a point where I had to hustle, like, a lot. I was writing two and a half, three books a year for a while, just because, you know, I had a kid and I work for a non-profit, and so I had to make some money.

Things have eased off since then. But just for time reasons, I stopped writing longhand and I started typing directly because it was just faster. I compose pretty comfortably on my little laptop. Do you work at home or do you work out somewhere? Where do you like to work? I was sort of your classic coffee-shop writer for a long time.

This was especially when I lived in places where I had housemates. It could be hard to find a place that was quiet. And so I would go out and, you know, find the corner of a coffee shop and write. As I said, I had a kid about twelve years ago and that stopped me going out quite so much. So now mostly I tend to write at home. I am a slow thinker and a fast writer. So I tend to think about stuff a lot, and by the time I sit down to type, it comes out pretty quickly.

So, I had to retrain my brain to be able to write in sort of ten-minute snatches or half-Hour snatches. But my preference is still long stretches of time and to draft things very quickly. The Dreaming Stars was written…like, actual days spent typing, probably in less than a month, and half of it I wrote in a week at a writing retreat where I went. You know, I have a kid, I have a day job, like, so if I take the time away to go write, I have to maximize that time.

I have to really use it.